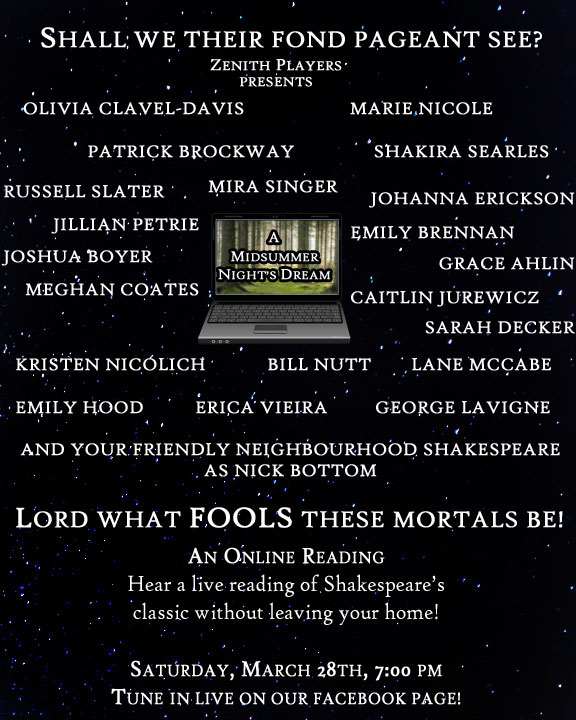 Joshua Boyer as THESEUS, Duke of Athens
Meghan Coates as HIPPOLYTA, Queen of the Amazons
George LaVigne as EGEUS, Father to Hermia
Bill Nutt as PHILOSTRATE, Master of the Revels to Theseus

Russell Slater as OBERON, King of the Fairies
Jillian Petrie as TITANIA, Queen of the Fairies
Mira Singer as ROBIN Goodfellow, a "puck" in Oberon's service
Andrew Weinstein as A FAIRY in the service of Titania

and YOUR FRIENDLY NEIGHBOURHOOD SHAKESPEARE as NICK BOTTOM